It’s about this time of year that the slightly stressful and knotty issue of company Christmas cards arises.

Someone suggests that it’s about that time of year already and then it’s left to absolutely the last minute before a chilly dash to the Post Office to cram them all into the already-full letterbox. Yup – several hundred other people left it rather late as well.

Slightly before we reach the Christmas Card Panic, we experience the Year Planner Panic. This is the moment that we realise that the time has come (and usually gone) to get the annual Tinstar wall calendar designed and printed – and then handed out to as many businesses as we can get to on foot. This year we’re even going to bung a stack of them in the post…

I’m pretty pleased that we have managed to stay roughly ahead of the game this year – it’s only December 3rd and we’re already rolling them up into a sleeve (fashioned from a Tinstar comp slip) and binding them with a colourful WH Smith elastic band. Naturally these are just for the ones that’ll be hand-delivered. The postal versions will be slightly more robustly packed… This year we’ve voted Phill as the official year planner distributor – so if you’re based in Lymington there’s a good chance that you’ll see him, laden with tubes and business cards, introducing himself to the new and catching up with the old (clients, that is).

If you feel moved to take pity on Phill by popping into the studio in person, we’ll not only give you a beautiful new A1, glossy year planner for your office, but I’ll also throw in an extremely limited edition Tinstar keyring, carved by hand out of the finest aluminium. Things of beauty.

And we haven’t even started on the Christmas Cards yet. 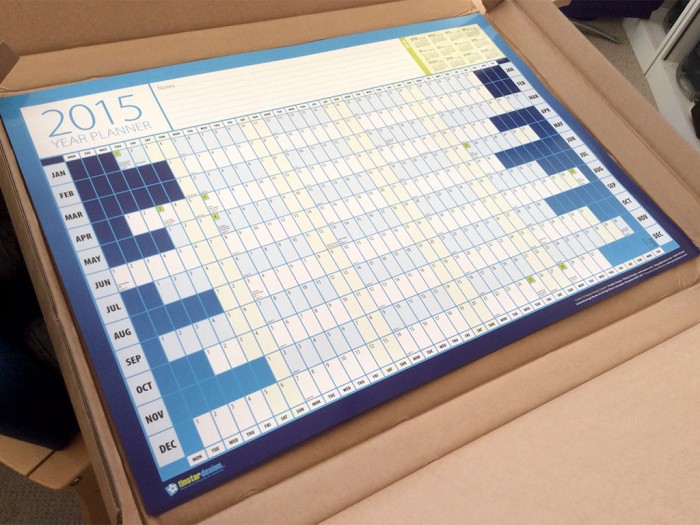 The 2015 Year Planner by Tinstar Design 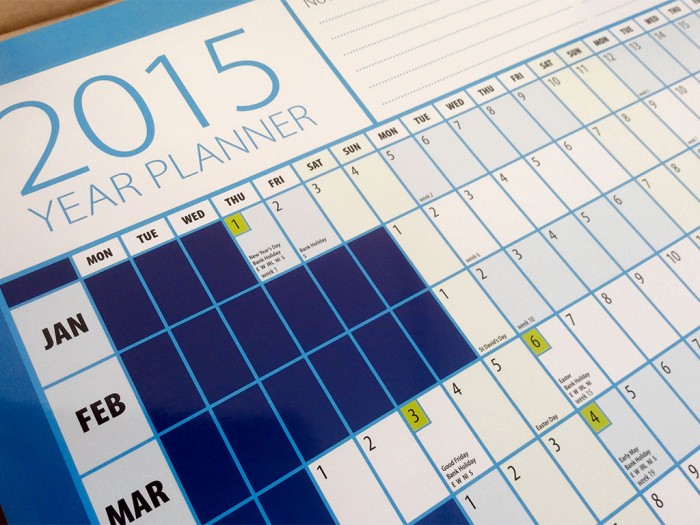 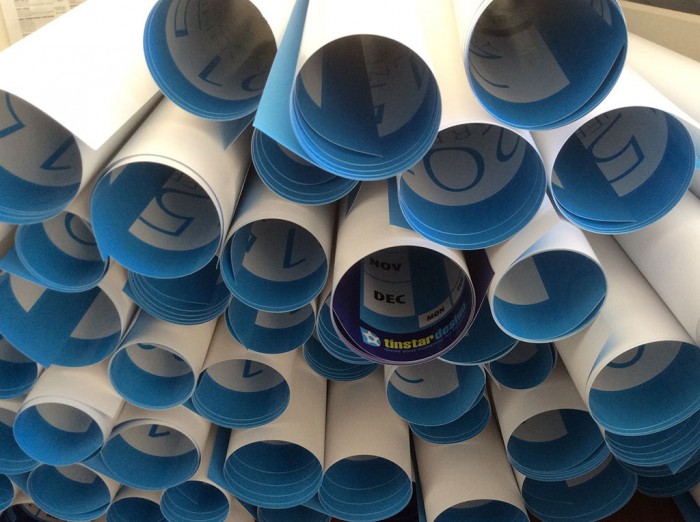 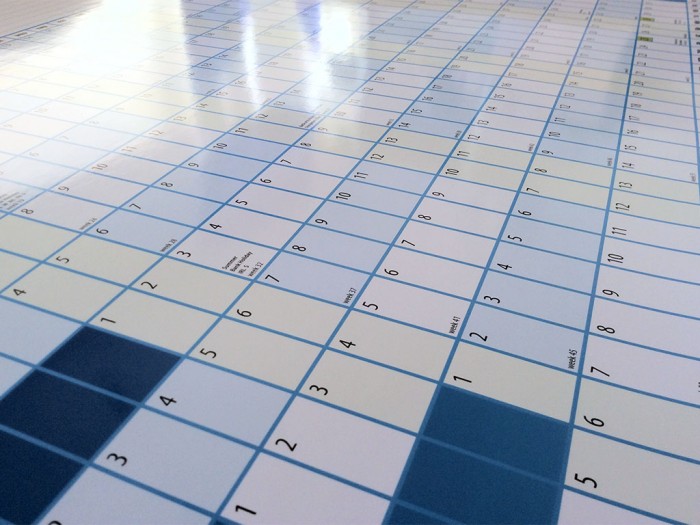