Tinstar has been creating this annual cornerstone catalogue for many years, always in time for the September Southampton Boat Show.

The catalogue features 52 pages of nautical books, instruments, charts, software and DVDs with a synopsis, code and price beneath each image.

Most of the layout work we undertake in the studio is created using Adobe’s InDesign. Quark XPress used to be the default layout application (alongside Adobe PageMaker), but it was superseded by Adobe’s aggressive push in the late 1990s when it was basically handing out the new InDesign for free.

However, when it comes to catalogue work like this, I find that Quark in unrivalled for speed. InDesign is simply too slow to handle all the images without creaking at the seams. So for the Bookharbour project we still wheel out Quark XPress for a trip down memory lane! 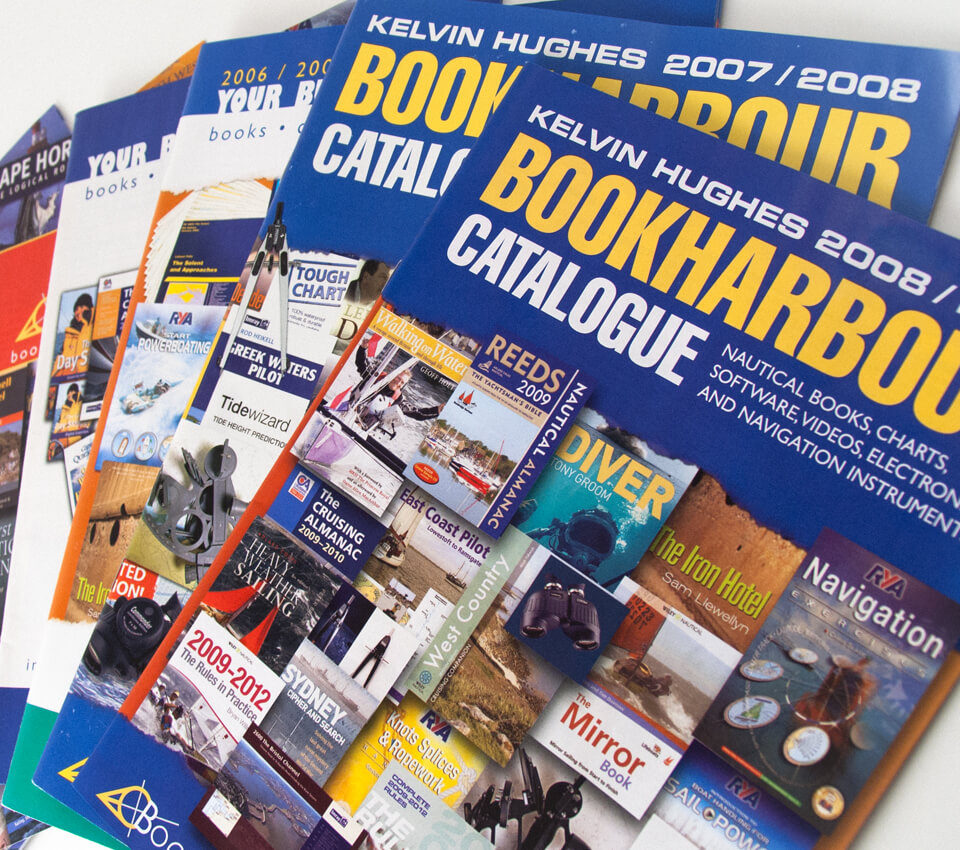 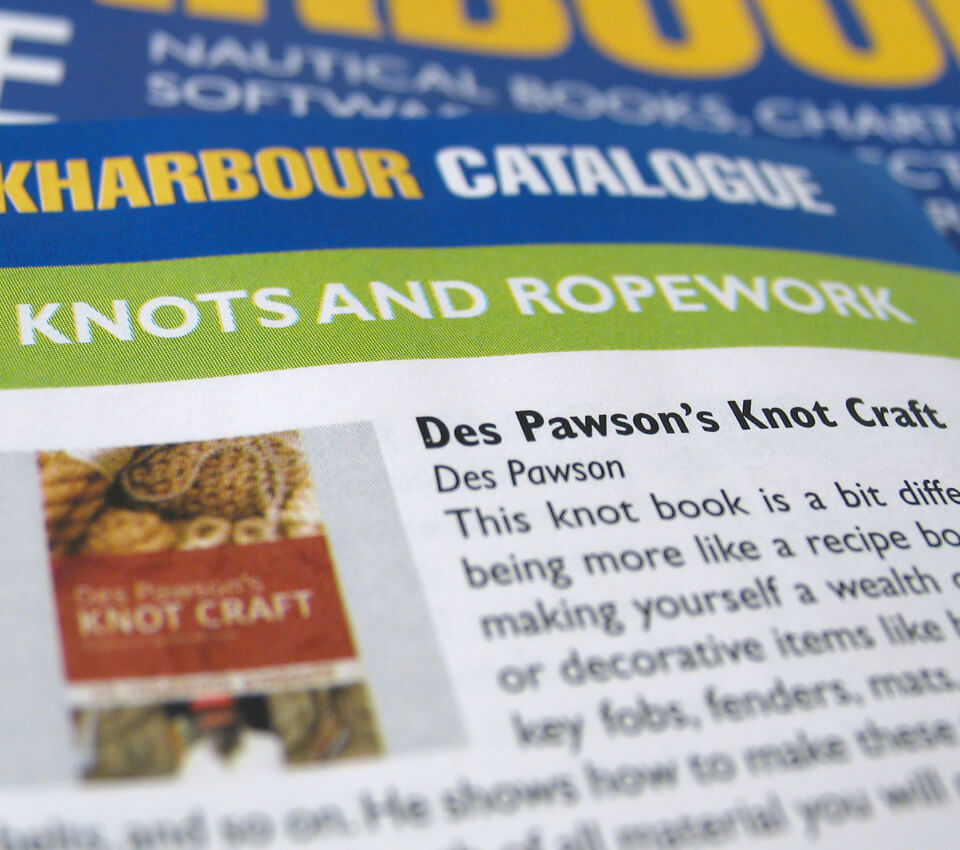 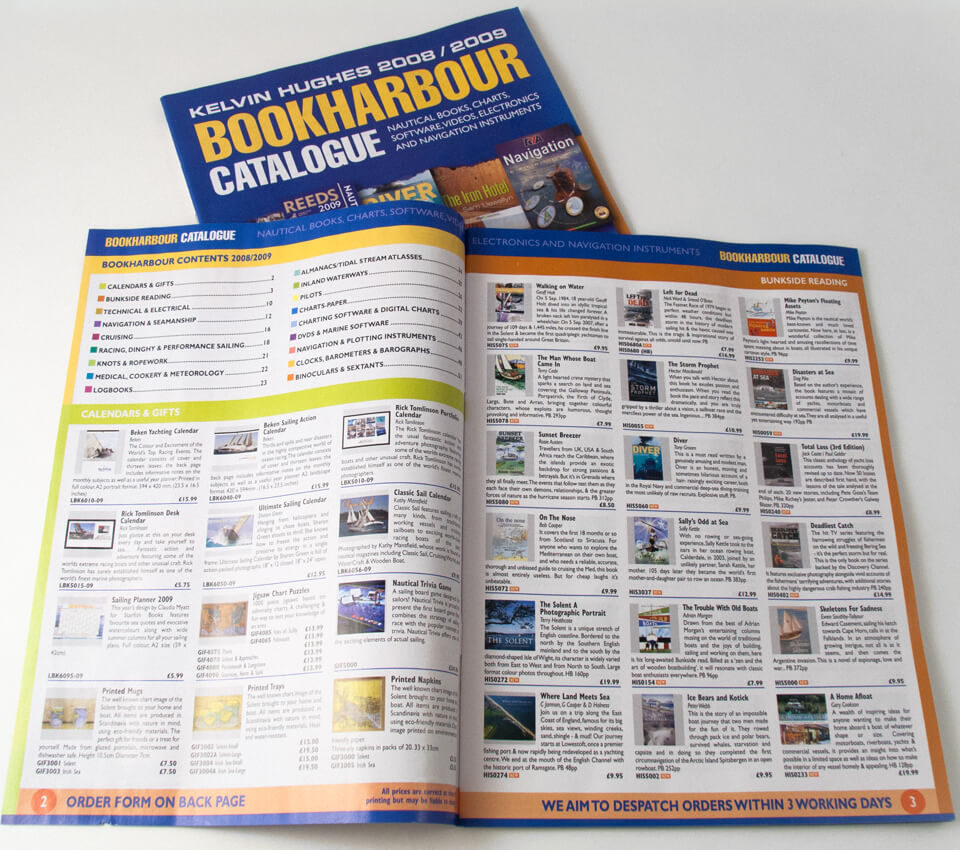 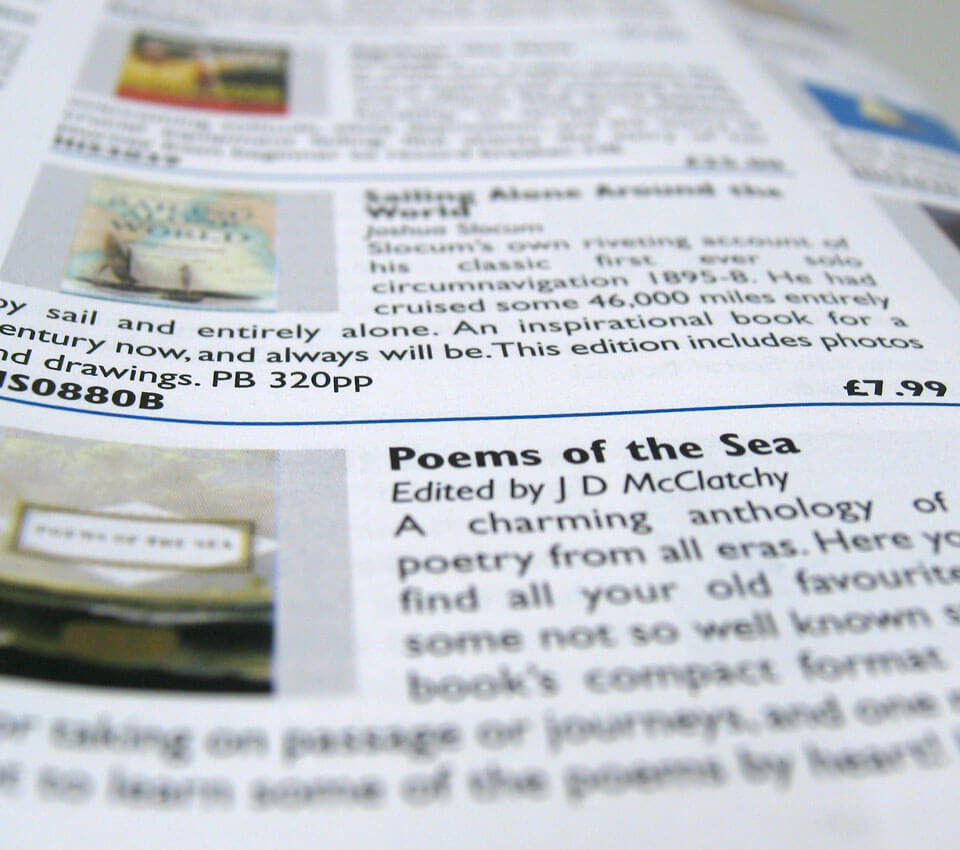 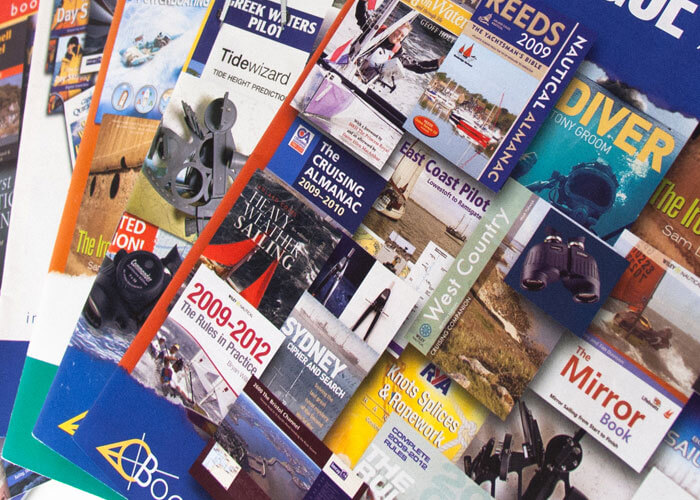 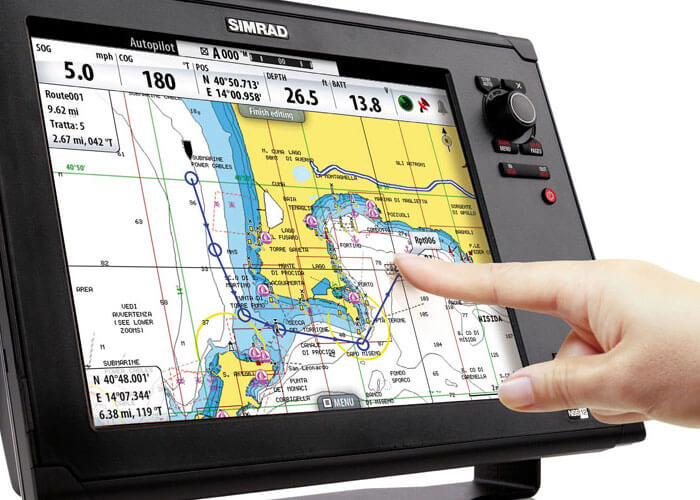 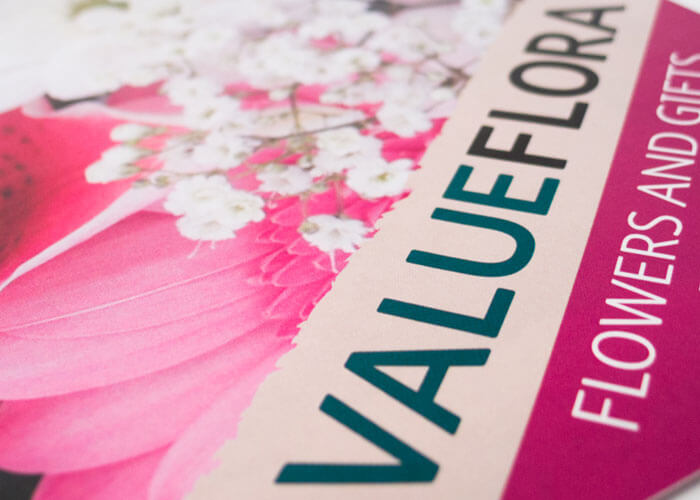 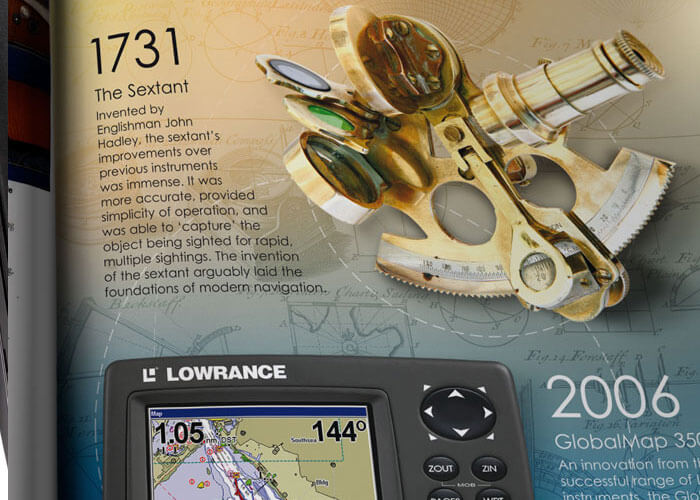 Deliver on the brief every time

We have worked with Nick and the team at Tinstar Design on many projects over many years. They have created high quality catalogues, adverts, exhibition graphics and office signage for us… Their experience, knowledge and creative input at every stage of the project leads to a high quality finished product, on schedule. I have no hesitation in recommending Tinstar Design to any business.