Home » Studio Blog » A Voyage Around the Solent – Ten Years After

A Voyage Around the Solent – Ten Years After

Exactly 10 years ago today, on the 18th March 2006, the good ship Windweaver of Pennington set sail up the Solent from Lymington with many of Tinstar’s clients aboard. For some reason, we thought that mid-March would be warm and Springy. We were wrong.

The sea conditions in the Solent were… challenging. Whilst I had great fun standing on the bow shouting that I was King of the World as we plummeted into another large trough, things were going south towards the stern.

A few seasoned members of the crew such as Matt Johnson of ClearLine Communications Ltd seemed to be slipping into mild hypothermia by 10.30 am. Others hunkered down bravely in the cockpit – until one of my assistants was violently seasick all over them. Charles Beresford-Davies said that he “couldn’t understand what had just happened” – and went on to advise me that ‘the chap over there’, Matt Evans, seemed to have sick all down his back. I went over to so advise him and Matt stopped me mid sentence. “I know what you’re going to tell me” he said. “I just know that whatever I do now, things simply aren’t going to get any better”.

We sat the ill assistant on the seat overhanging the transom and went to work cleaning everyone up. I assumed that once the day was over (if it ever was), I would have to start rebuilding my client base. Surely no one would come back for more after such punishment.

However, After the on-board washing machine had done its work, we cruised up Beaulieu River to Buckler’s Hard, and out came the sun, food and drink. I’ve never seen spirits rise so quickly – and everyone left the yacht smiling upon our return to Lymington. Apart from Stephen Gough, whose Carlsberg intake required his being helped down the gangplank.

Time for a ten-year anniversary trip? 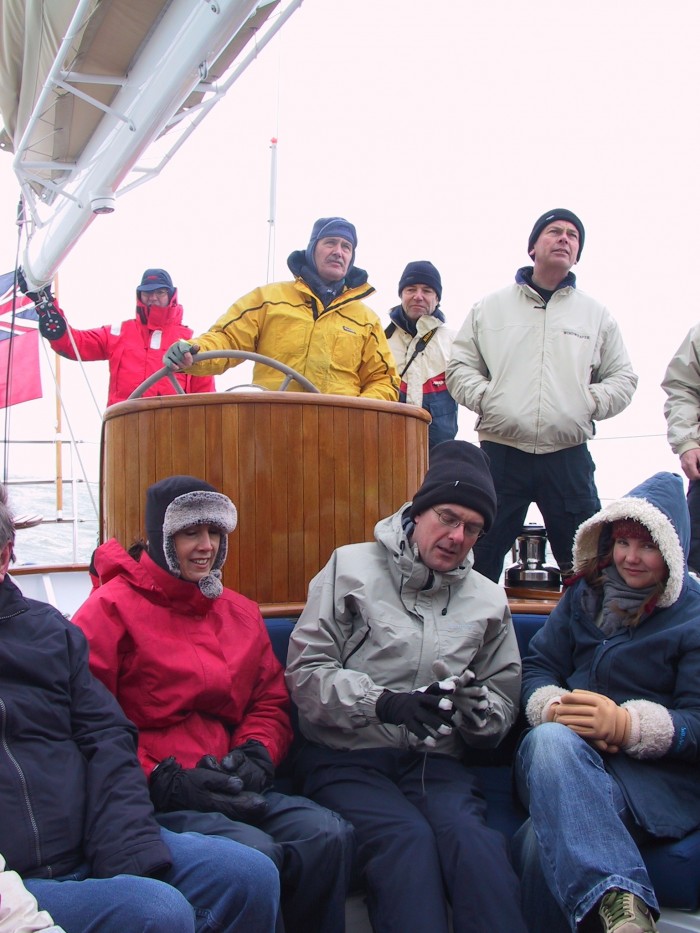 The steady hand of Mr Austin takes the helm 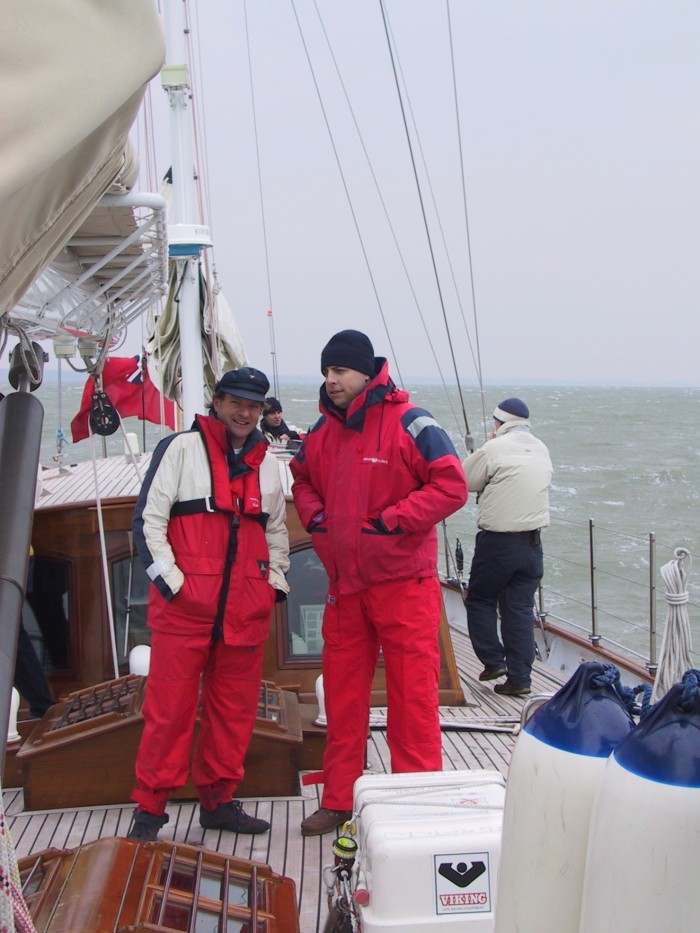 Messrs Gough and Beresford-Davies prior to the ‘incident’ 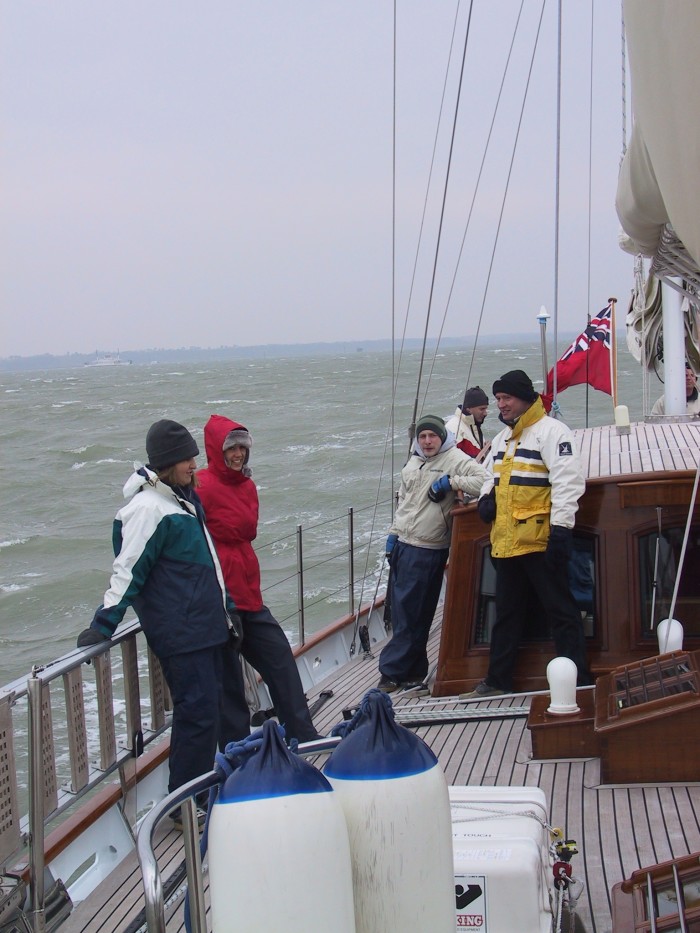 Crew wondering if it’ll ever end 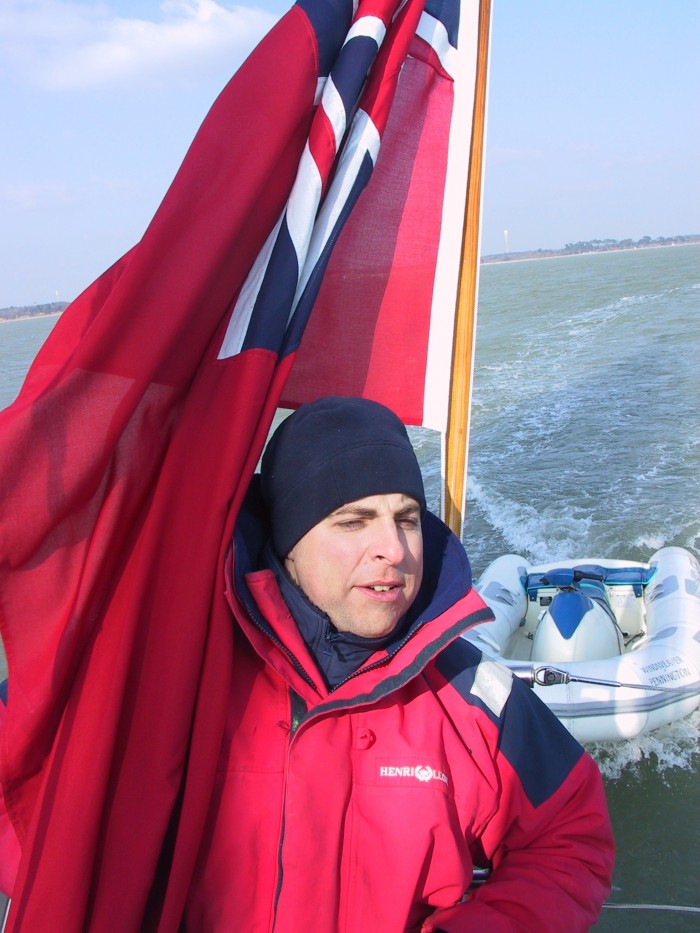 Hiding behind the Ensign 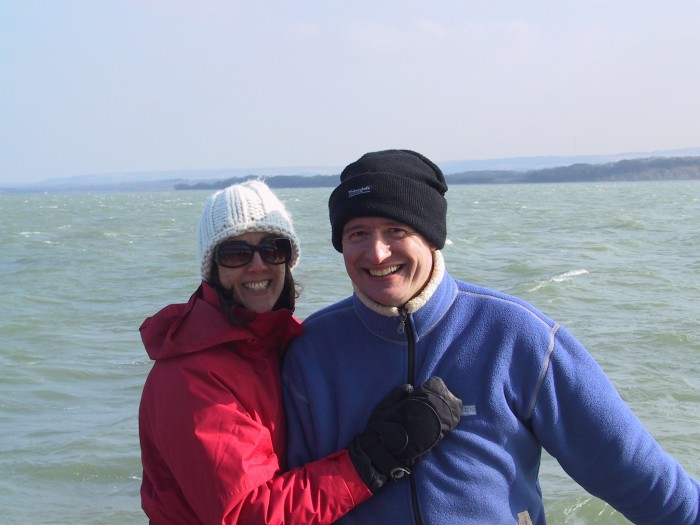 Smiling despite all that’s happened 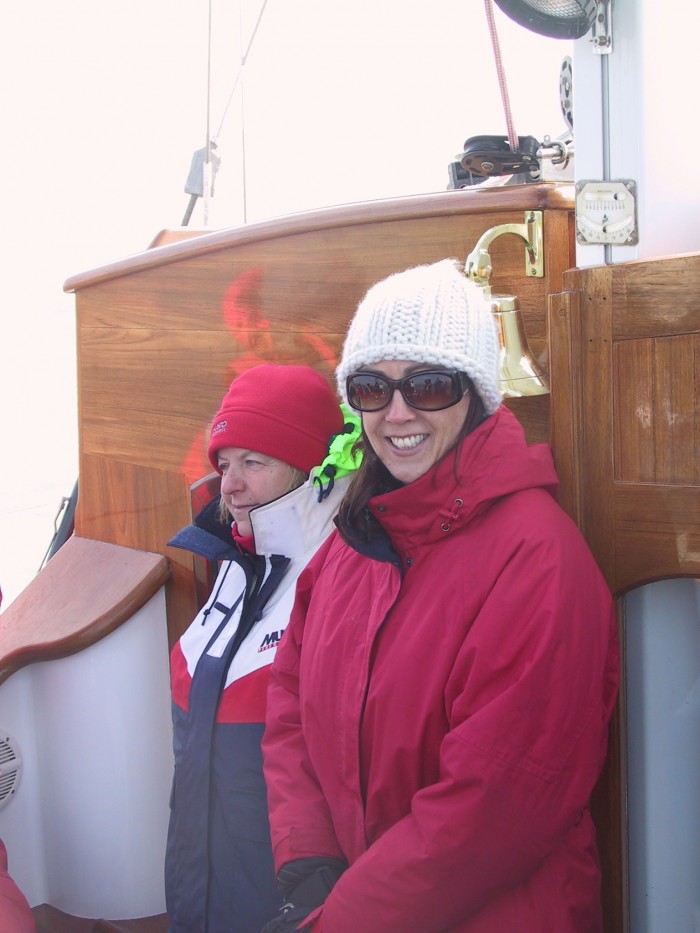 The sun is finally out 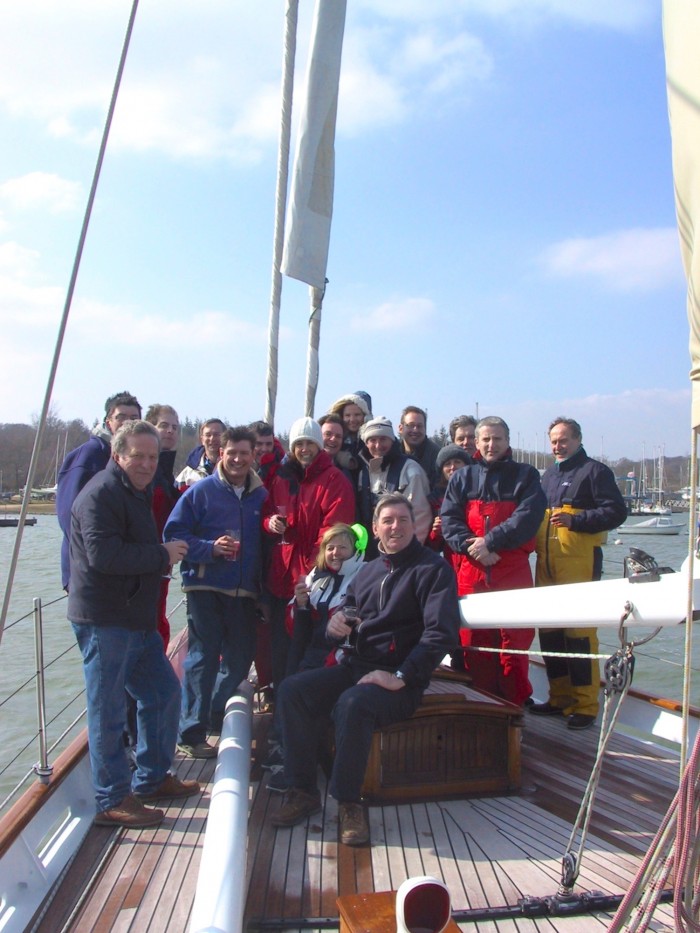 Everyone’s pretty well-oiled by this point 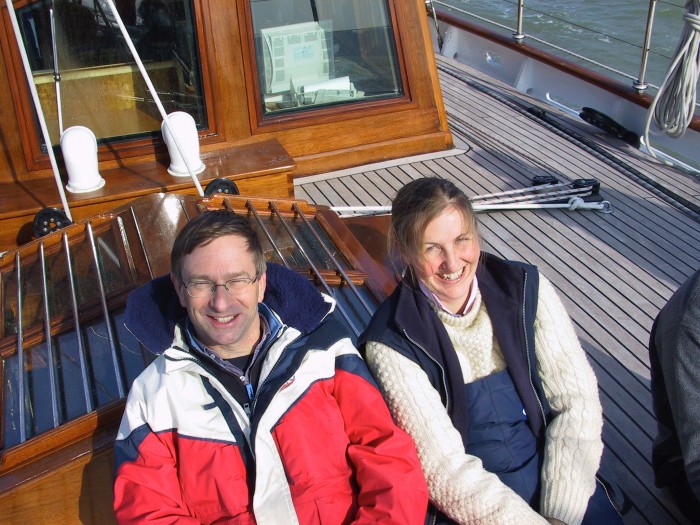 Laughing in the face of adversity